Summer Tomato Tart: A cheesy tomato tart with fresh herbs on buttery pastry. A thin layer of Dijon mustard spread under the tomatoes gives it a little bite. I was home on maternity leave the year the Mary Walsh film,Geraldine’s Fortune, was filmed in Saint John. My dad was cast […] 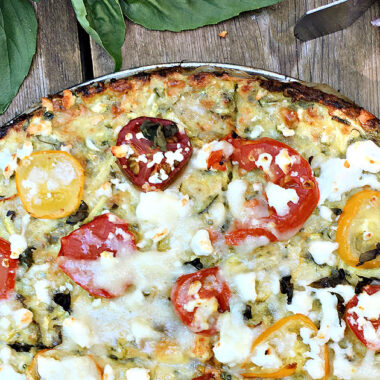 Zucchini crust pizza has great flavour and texture and is a delicious alternative to bread-based pizza crust. It takes just minutes to mix up. The crust can be made ahead and reheated with the toppings.

Kara’s wild rice lentil salad is a great salad for summer. It’s tossed with a fragrant vinaigrette that’s seasoned with coriander, cumin, turmeric and cinnamon and sprinkled with currants and toasted almonds. It has become a tradition for us to spend the August long weekend with friends at their cottage on the […]

Polenta is very versatile and can be served in place of rice or other grains. Make a batch with your kids and let them choose their own shapes. One stormy Friday a very long time ago, a group of us ended up at my mom and dad’s after work. The […] 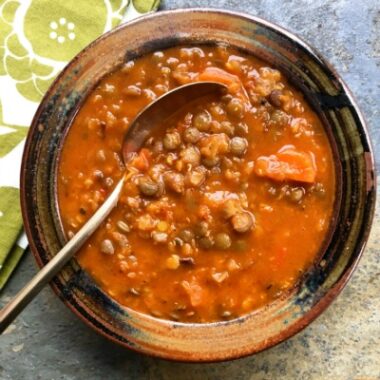 Two Lentil Soup with Marjoram uses red lentils for thickening and green lentils for texture. This winter in Southern New Brunswick we’re getting a glimpse of what it must be like to live on the West Coast. It’s not that we’re having West Coast weather exactly, it’s just that we’re […]