The recipe came from Gourmet Magazine sometime around 1976. It caught mom’s eye because she was hosting an English-style tea for some elderly neighbours and little currant buns fit the theme. That was the year we moved into the neighbourhood, into what was known as The Brock House.

The eve before we moved into the house, John Brock, who had been born in the house and was by that time in his fifties, took my brother Timothy and I down to the basement, to the room under what had once been his bedroom.  The basement room was small and very dark with a low ceiling and a large bin that had been used to store wood and coal. There, fastened to the ceiling against a joist, just under the floorboards of the small bedroom above, was a wooden box the size of a brick. John pried it from the ceiling and shone a flashlight on it for us to see. It was brimming with old coins.

When John was a child he secretly cut a slit in the floor along the baseboard of the little bedroom, just large enough to fit a coin through and he fastened the box to the underside of the floorboards below. It was like a lifelong piggy bank that had never been cracked open. 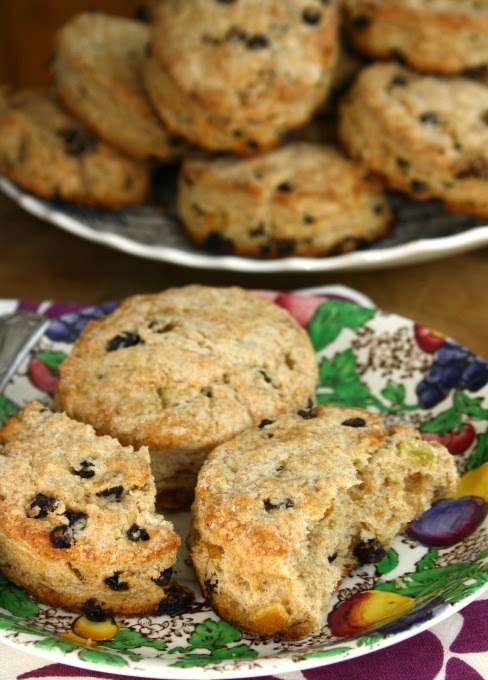 He gave Timothy and I each a handful of coins, said his farewell to the house that had been his family’s for more than half a century, and left us with the cheery ghost of his mother, known affectionately as Booboo.
I was 23 when mom and dad sold that house. After 15 beautiful family years in the house it was hard for all of us (mom, dad, my six siblings and I) to say farewell to the home we had all loved so dearly. But we kids were all grown and it was just mom and dad rambling around in a home that had so comfortably housed a family of nine.
It’s lovely to have so many recipes that remind me of times around the table in that cosy home.