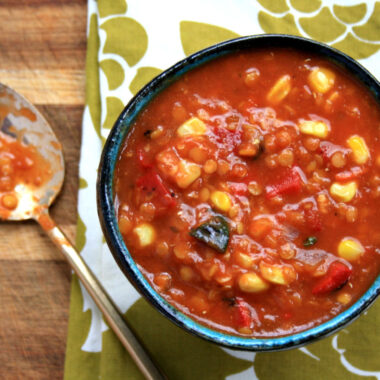 This 30-minute soup recipe is quick to put together. Two variations included (Mexican and Mediterranean).

﻿ Tuna and egg sandwichese wrapped in foil and baked until hot and crispy. What is it about the word “bum” that sends little kids into fits of laughter? When I was really little one of our favourite meals was bunsteads. They’re tuna and egg submarine sandwiches that are wrapped […] 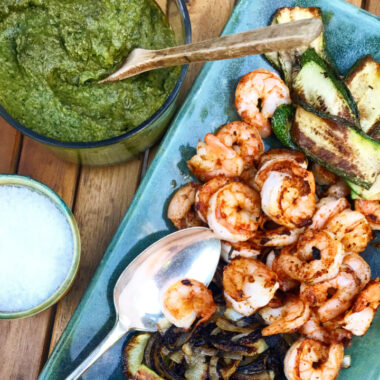 Pumpkin Seed Pesto with cilantro and lime can make a good meal great. I think this recipe came out of some magazine way back. Or may be it’s from a cookbook. I can’t really remember. Enough to say it didn’t come out of my head and I don’t even […]

Easy Easter Bunny Cake is fun to make with kids

﻿ Decorating a bunny cake is a fun Easter activity for kids.﻿ We were never starved for cake when I was growing up. There was a lot of baking in my house and with six siblings there was an abundance of birthday cakes layered with thick frosting and candles. But […]

This is a true one-bowl cake – quick and easy. Calls for oil instead of butter and doesn’t need frosting. This whole wheat apple cake with chocolate chips makes a delicious snack cake. This is my son’s new favourite snack food. Moist and flavourful, it’s the sort of cake that […]