Freezer pickles are the easiest pickle recipe out there. They’re barely cooked then bottled & stored in the freezer. This recipe makes a sweet pickle that maintains its crunch. When I was growing up fall was pickling season in our house. We’d arrive home from school in October to the […]

Beer barbecue sauce – a mildly spicy sauce that’s super flavourful. The addition of beer just seems to suit a summer day My Uncle George was an Englishman from Nottingham, England, the land of Robin Hood, Friar Tuck, and likely the occasional Medieval pig roast. He shared this recipe with […] 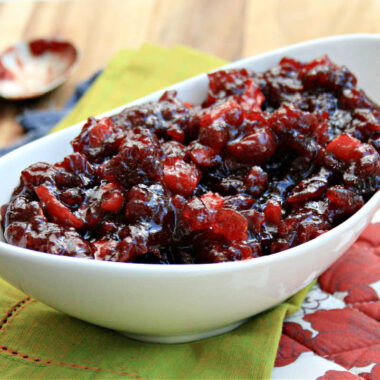 Cooking with Bridget TV, Other

Homemade cranberry sauce is so much better than store bought. The texture is just right and the flavour is lovely, especially with the bit of apple. The spices are optional. This cranberry sauce with apple is lightly spiced and takes just 30 minutes to make. You can imagine Thanksgiving dinner […] 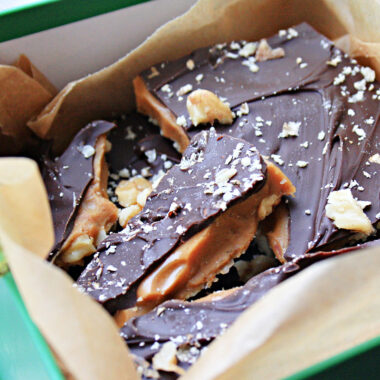 It’s a simple recipe as far as candy goes. Made with butter and old fashioned brown sugar boiled together it has that addictive toffee flavour and just the right crunch. The hot toffee is poured over toasted walnut pieces and then topped with dark chocolate. It’s absolutely delicious.

My mom had an aunt who was just like a fairy Godmother. She spoiled her in ways that kids dream about and when I was growing up the memories mom shared about Ninnie seemed to come right out of a storybook. Ninnie’s generosity spilled over to my older siblings too […]