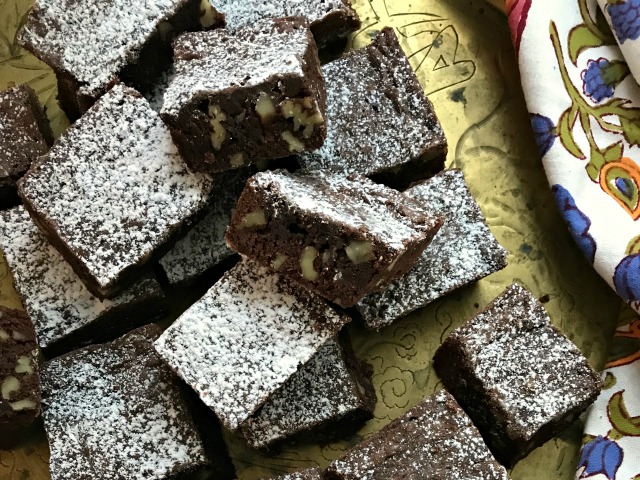 When I was growing up mom was always on the hunt for big-batch recipes. With seven kids they were the only recipes that could last more than a day. She and my aunt Ann (11 kids in her house) used to swap big-batch recipes since they were both cooking for a crowd every day. Because of this, my cousins and my family have a shared culinary history when it comes to desserts made in a 9”x13” pan. 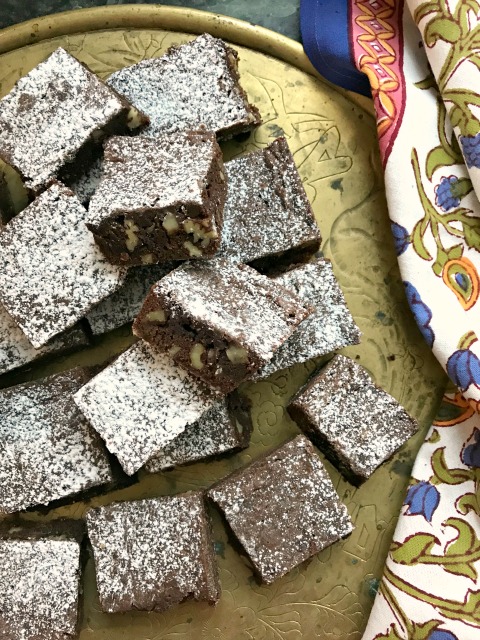 I know when it comes to brownies people are often very particular about texture. Some prefer dense and chewy, others prefer a softer texture, some would never dream of add-ins like nuts.
This is the style of brownie I love best of all. They’re a little cake-like but not crumbly and the walnuts add a lovely flavour. You could frost these with a chocolate or vanilla icing or simply sprinkle over a little icing sugar.
My mom came across this recipe in a Bon Appetit magazine back in the early 1970’s. She called them Bon Appetit Brownies but since they come together quickly in just one bowl I call them One-Bowl Brownies.
These big batch brownies have a cake-like texture and a rich chocolate flavour. The walnuts give them a nice substance.

One-bowl, big-batch brownies have a cake-like texture and a rich chocolate flavour. This easy recipe makes a 9″ x 13″ pan. 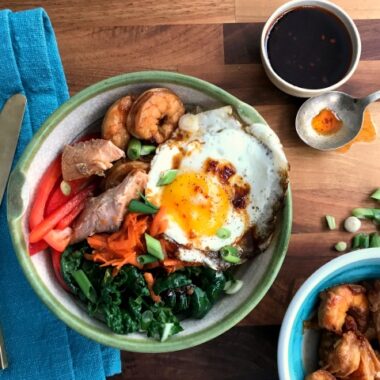 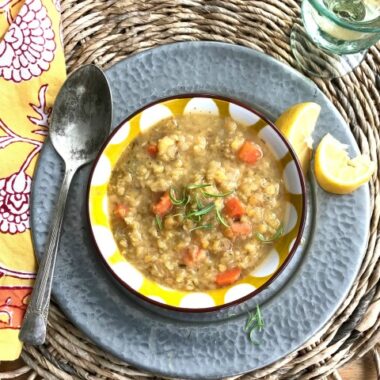