How to Reduce Your Exposure to Arsenic in Rice 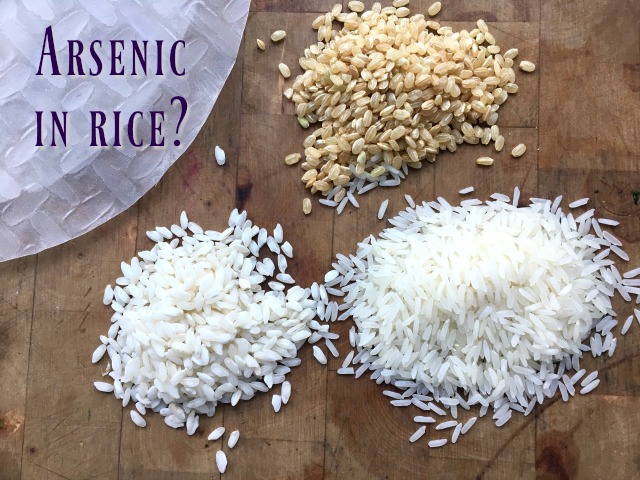 Should you be worried about arsenic in rice?
Years ago, when research findings regarding arsenic in rice became main stream I didn’t pay much attention. We weren’t big rice eaters at the time so I skimmed the headlines and moved on. But in the past year we have been eating rice more often so I went back to the research to better understand the issue.
Arsenic is a natural compound in the soil so it isn’t uncommon for foods to contain minuscule amounts but rice can have 10-20 times more arsenic than others foods. (Because it’s grown in water, the plant is able to absorb more arsenic.)
On its website, Health Canada acknowledges that some foods, like rice, have higher arsenic levels and that long term exposure to elevated levels of arsenic contributes to the risk of some cancers (including kidney, liver, lung and skin). There is also research that connects dietary arsenic exposure with developmental issues in infants.
Health Canada doesn’t reference any research that provides guidance on what they consider “elevated” levels, or if we should limit how often we eat rice. Their general advice is to eat a balanced diet.
The U.S. Food & Drug Administration, on the other hand, states that rice-based infant cereal “shouldn’t be the only source, and does not need to be the first source” for fortified infant cereals and suggests that parents also choose oat, barley and multi-grain cereals. The FDA also recommends that pregnant women eat a good variety of grains, not just rice, to reduce their exposure to arsenic.
If you enjoy rice, or have been eating more rice to avoid gluten-containing grains, there are many to reduce your exposure to arsenic.

How to Reduce Your Exposure to Arsenic in Rice: