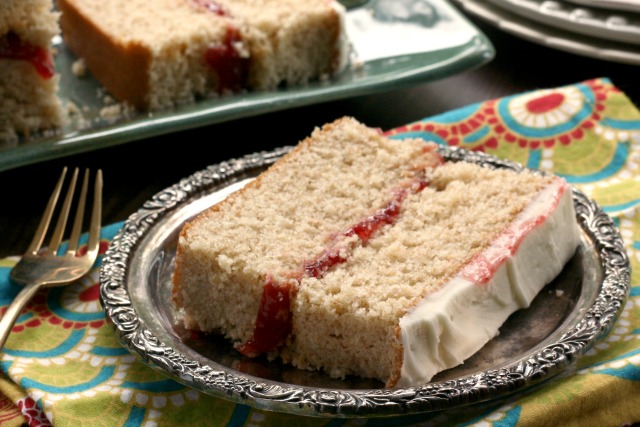 I have been waiting years to tell this story about my dad…
To set the scene you need to know that I have four brothers and by the time the younger two were in high school my dad was getting mildly frustrated by the fact that all of their underwear were getting mixed up in the wash. To solve the problem my mom bought dad polka dot underwear. Not confetti dot underwear. It was large purple and navy polka-dot-on-white underwear.
The year I lived in France mom and dad came to visit for a couple of weeks. On the day they were to fly home I accompanied them to the airport to say goodbye. Together we dropped off the rental car and began the long walk across the parking lot to the terminal. Dad was ahead of me and mom, and in the bright sun of that lovely morning, as we looked towards dad in his pale yellow summer trousers, all we could see was a distinct polka dot pattern across his backside. It was like he had clown underwear on for all to see and it was so hilarious that mom and I almost had to sit down on the pavement to catch our breath. 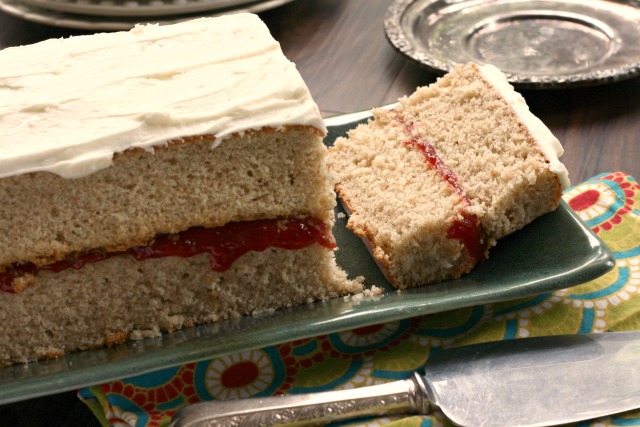 One of the most important things dad taught me in life is to have the self-confidence to do things your own way and to not let the shallow opinions of others alter your path. Dad didn’t rummage in his suitcase for a change of underwear that morning. And we didn’t expect him to.
A few minutes later, as he stood at the counter of an airport café to buy us all coffee, I overhead a couple of American tourists make a remark about his polka dots, and I was very pleased to have a dad who had the confidence and sense of humour to carry it all off. (Je m’en fous!) 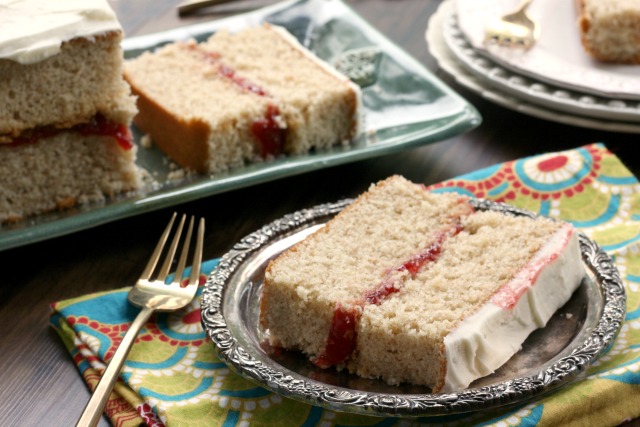 Dad always had room for dessert and a favourite of his was what he called, as a child, wash-me-down pie. It was his name for Washington Pie, a white layer cake filled with jam and frosted lightly with a simple white icing.
My very favourite cake to use for this is Prissy’s Cake, a delicious sponge cake from a dear family friend (slightly adapted).

Green tip: I make this cake with a blend of stone ground whole white flour and a little whole wheat pastry flour.