How to Lower Your Family’s Exposure to Pesticides.

I used to debate with myself in the produce section of the grocery store: Should I buy that bag of organic apples or the conventional apples? How about the cauliflower?

When you read that common pesticides are known neurotoxins, and that children are most at risk for health effects of pesticide exposure, produce shopping can feel like a mine field.
That’s why I love Environmental Working Group’s annual Shopper’s Guide to Pesticides. Each year the organization sifts through U.S. Department of Agriculture and Food and Drug Administration data on pesticide residue found on the 50 most commonly-consumed fruits and vegetables. (All produce tested has been washed, and in some cases peeled, before being analyzed.)
Based on their findings they rank the produce so we know what food lands on our tables the most contaminated.
The plus side of identifying what they call the Dirty Dozen (the produce with the highest residue) is that the report also singles out the produce with little or no pesticide residue.  Dubbed the Clean Fifteen these are the fruits and vegetables that we can eat with abandon and not worry about finding (or paying for) the organic version.
Shopping according to the Clean Fifteen and Dirty Dozen is one way to reduce your pesticide exposure while still eating a good variety of fruits and vegetables. It helps you decide what produce you should consider buying organic, what conventionally grown produce you might want to eat less of and the produce you needn’t worry about.
Do you need to buy that organic cauliflower? There are all sorts of great reasons to buy organic produce but if you’re trying hard to eat well and manage a grocery budget you can pass over that organic cauliflower for the conventionally grown version.

Should you buy organic apples?
For the fifth year in a row, apples top the list of produce with the most pesticide residue. (99% of apples tested positive for at least one pesticide.

The Dirty Dozen (Plus):

Hot peppers and kale/collards were added to the list because they tested positive for especially toxic pesticides.
Some baby food samples (apple sauce and peaches) had pesticide residues that exceeded the European limit and apple and grape juice also tested positive for pesticides.
On a positive note, cooking reduces the pesticide residue.
Can you reduce pesticide exposure with produce sprays? Soaking your produce for 20 minutes in a bowl of water with half a cup of white vinegar supposedly removes surface pesticides and other grime but there is no scientific research to back it up.
For the full report visit Environmental Working Group.
Twitter Facebook Pinterest Print 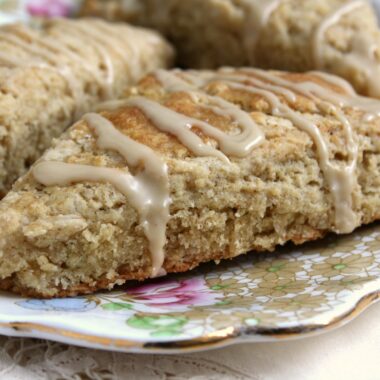 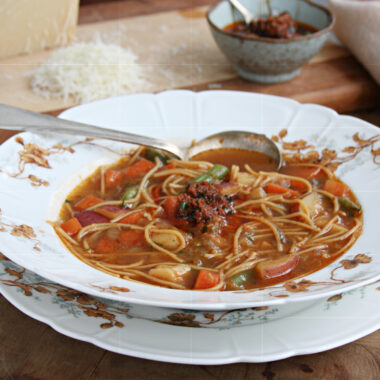