Why Throwing Food in the Garbage is Not Okay 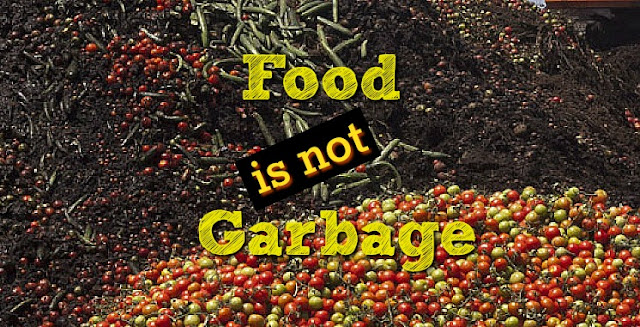 Food waste that occurs in the home is the biggest part of the problem.

A year ago, France made headlines when it became illegal for grocery stores to toss edible food in the garbage. To conform to the country-wide food waste ban, grocery chains partnered with charities to distribute the food to those in need. In another move to combat food waste, European grocery stores were the first major chains to sell “ugly” produce, the fruits and vegetables that look less-than-perfect but taste perfectly fine and are nutritionally equivalent to their better looking cousins.

It’s estimated that 30% to 50% of all food that’s produced goes uneaten. In Canada, that amounts to $31 billion worth of food ending up in the garbage (or compost) each year, according to a CBC report last fall that referenced a 2014 study by Value Chain Management International.

Food waste happens all along the food chain. Some produce rots in the field if the cost to harvest is more than what it can be sold for. Some food is discarded during processing, some food spoils during shipping and food is tossed by grocery stores. There’s the food that goes bad in our fridges and food that is left on our plates at restaurants and home.

Food waste that occurs at home is the biggest part of the problem. According to the Value Chain Management International study, consumers are responsible for almost half of all food waste.

When did it become okay to put food in the garbage?

The environmental impact of food waste is huge when you factor in all of the resources that it takes to grow, harvest, process and transport food. And then food that goes to the landfill, instead of being composted, produces methane (a potent greenhouse gas) as it decomposes.

And then there is the social cost of food waste.

As far as the household budget goes, it’s estimated that the average family of four in the U.S. throws out about $650 worth of food each year.

The more you’re aware of food waste at home the easier it becomes to reduce the amount of food that goes in the compost.

Take a look at these charts showing just how much food Canadians waste each year.