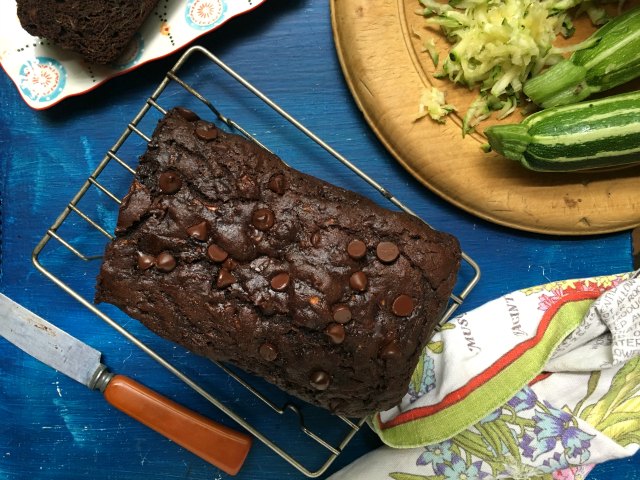 This chocolate whole wheat zucchini bread could pass for chocolate cake, it’s that moist and extra chocolaty. It isn’t too sweet and just one loaf has a full cup and a half of zucchini.

My twin brother and I recently celebrated an almost-milestone birthday.Twins aren’t that uncommon these days but when Timothy and I arrived in 1967 we were the first twins born in our neighbourhood. Apparently it was quite an event. 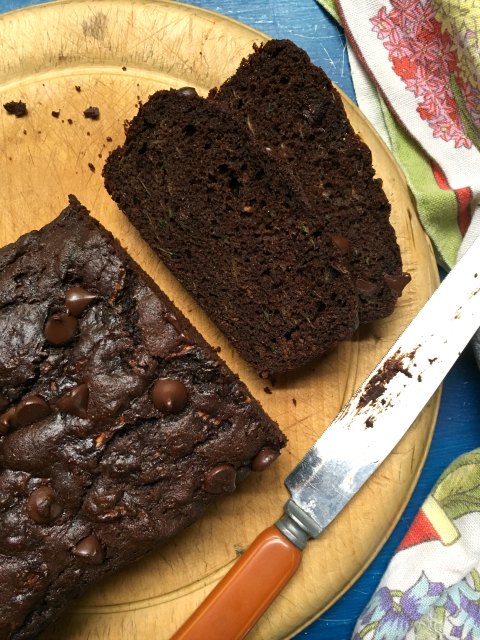 The day we came home from the hospital mom said that the neighbours – kids and adults – were lined up all the way down our street waiting to see us. Even my older siblings ended up in line, since they were out playing when the commotion began.

The line of visitors threaded in through the front door, took a peek, and continued out the back door. 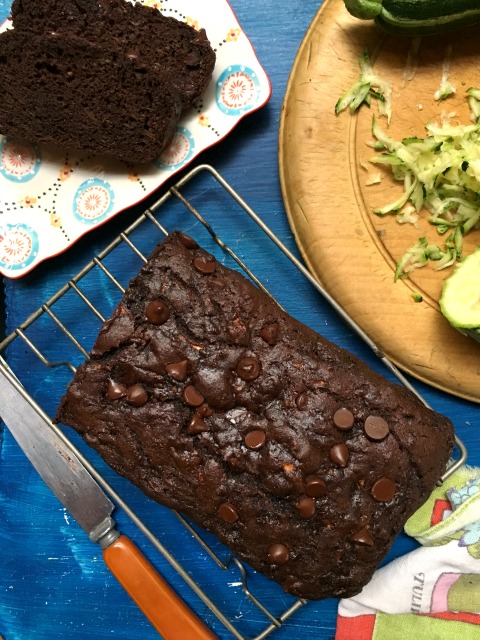 Although we were born in late August, through the years I don’t think we ever had zucchini cake for a birthday cake, but we certainly had chocolate cakes. Believe it or not, this chocolate zucchini bread could pass for chocolate cake. It’s moist and is extra chocolaty.

This is a new recipe but already a family favourite and is so yummy that I copied it into my hand-written cookbook while we’re still nibbling the crumbs.