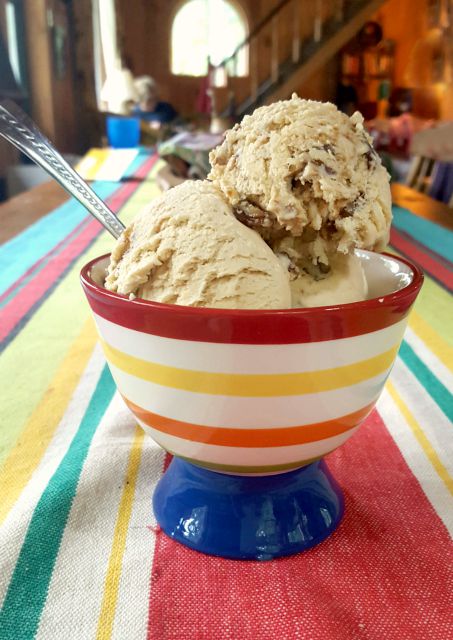 At least once each summer we’d drive to Montreal to visit my brother Erik. It was a long drive and finding good things to eat along the way was always a challenge.
One year when we stopped in rural Maine to pick up something for supper I walked out of a corner store with nothing but a pint of Haagen-Daz ice cream and two spoons. That was supper, shared by me and mom. Not that I’d advocate ice cream for supper under normal circumstances but if you’re going to make a meal of ice cream it should at least be good quality. 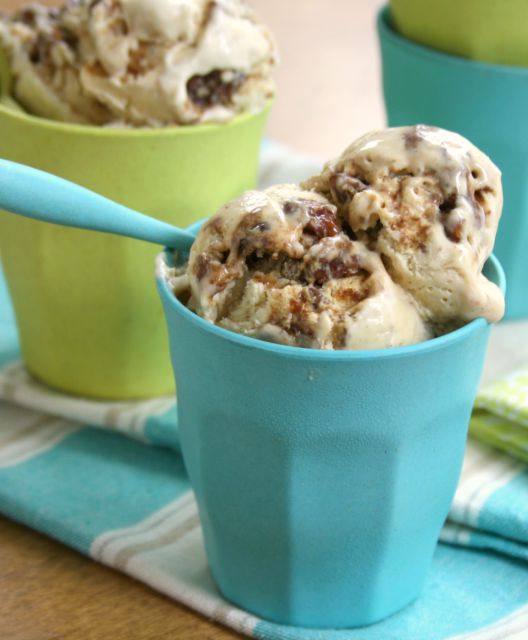 We grew up eating homemade sherbet (a recipe from neighbours) but didn’t eat homemade ice cream until mom got an ice cream maker a few years ago.  The beauty of this recipe is that you don’t even need an ice cream maker. You simply whip the cream, beat in sweetened condensed milk and molasses (or honey) then fold in the praline and freeze.
It’s almost too easy.
This is a brand new recipe but one that has already been included in my handwritten cookbook because it was an instant family favourite. It was one of the winners in a recipe contest we held recently through work.

Makes about a quart of ice cream
Ingredients
For the praline:
For the ice cream: