The Environmental Issues With Almonds

Are Almonds Becoming an Environmental Nightmare? 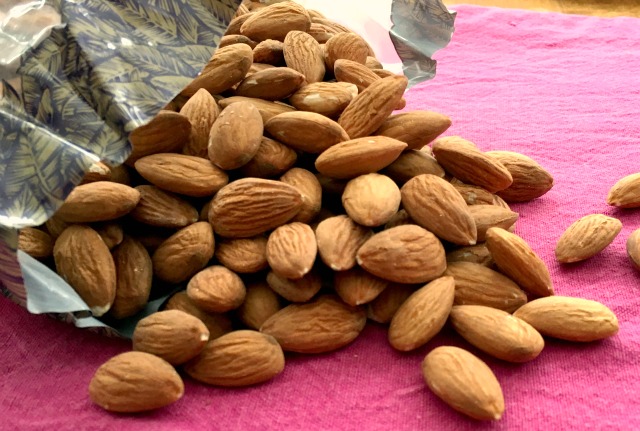 Could the popularity of  almond butter, almond milk and almond flour soon spell the end of fresh produce during winter in our northern climate?
I’m sure there are some who wouldn’t mind if broccoli was only available during our local growing season but the almond boom represents a real threat to our access to fresh fruit and vegetables outside of our own growing season.
The problem lies in the fact that we’re so dependent on imported fruits and vegetables, many of which come from California.
According to CBC news, 84 per cent of broccoli and cauliflower, 76 per cent of fresh strawberries, 68 per cent of lettuce, 69 per cent of carrots, turnips and other root vegetables eaten by Canadians come from California.
Meanwhile California continues to endure a severe drought.
With surface water drying up the agricultural industry has been depleting ground water sources to keep their crops growing and, with no signs of the drought ending, there is talk of California actually drying up completely.
In spite of this, almond groves continue to expand.

Almonds are a lucrative crop, worth more than a few billion dollars and much more valuable per acre than produce so some farmers are switching from row crops (produce) to nuts.
Almonds require more water too.
It takes one gallon of water to grow one almond and the almond industry in California is booming. Eighty percent of the world’s almonds are grown in California, about 70% of which are exported (mostly to China).
I don’t have stats for Canadians but American’s eat about two pounds of almonds a year, which is more than double what they consumed a decade ago. It’s the health food movement, and the popularity of alternate protein sources and the rise in gluten-free and paleo diets that account to the increase.
To feed the boom, about 10% of all water used in agriculture in California goes to almonds, which brings me back to the question of our access to vegetables in winter, and just how precarious our reliance on produce from California just might be. Even if availability isn’t threatened (for the time being) the possibility of significant price increases is very real.

Almonds aren’t evil but they do demonstrate how even healthy foods, when they become hyper popular, can amplify environmental problems.

As our growing season gets underway it’s time to think about local food independence. In spite of our climate there is a lot that can be done to make us less dependent on food imported from faraway places.
Supporting our local farmers is a good place to start. Atlantic-grown produce will soon be flooding local markets (although we have been enjoying local greens, rhubarb, radish and asparagus for weeks now) and it’s up to us to choose local instead of buying imported from the grocery stores. Shifting your grocery dollars to locally grown and produced foods is the only way our regional agricultural industry will develop.
I once read an article about farmers growing tomatoes in northern Maine all winter long. May be local produce in winter isn’t that far off.
Twitter Facebook Pinterest Print