I was always an early riser and when I was living at home after university I was usually the first one to the kitchen. One early morning I was startled by a spider in the honey pot.

It was a plastic spider but had the same effect as a real spider at 6:00 in the morning. It was a dad joke and I knew it right off the bat so tucked the spider into the tea tin.
Then the spider appeared in the yogurt so I put it in the peanut butter. For months the spider traveled around the house and then there were more spiders so you couldn’t go a day without finding one, someplace — in a shoe, under a pillow, in the pocket of a suit jacket. Even mom’s bridge ladies were finding them. 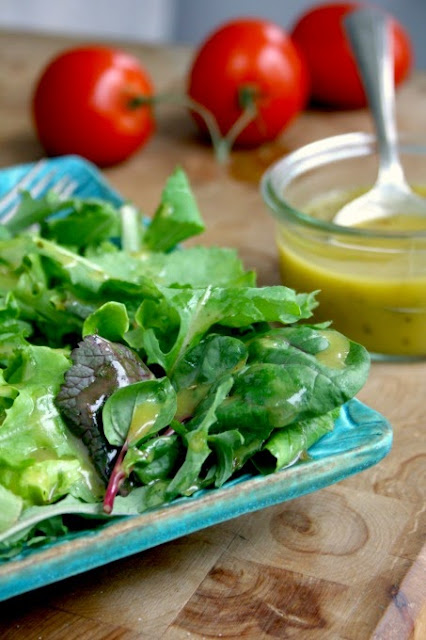 In honour of that honey pot memory I’m sharing a recipe for a honey-sweetened salad dressing. The recipe is adapted from the book, A Year of the Best, Seasonal Recipes from the Best of Bridge.

This is my house dressing, my go-to recipe that I always have in the fridge. I often substitute molasses or maple syrup for the honey. All three variations are delicious.

In the book this dressing is served with a spinach feta salad but it’s delicious on any kind of green salad. I sometimes substitute walnut oil for the olive oil, and use wine or sherry vinegar.

In the summer it’s nice tossed with grains and diced vegetables for a hearty grain salad.

Combine all ingredients in a mason jar and give it a good shake. 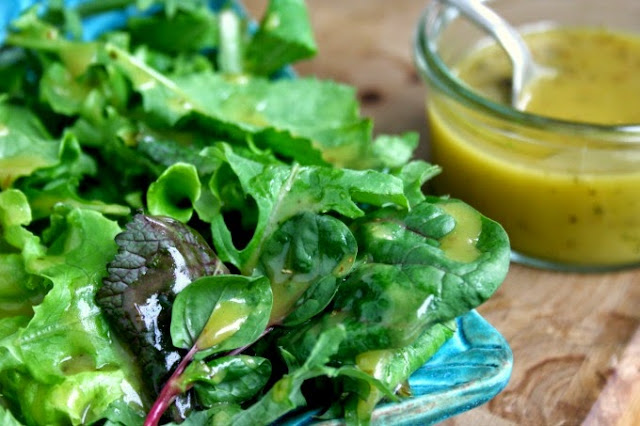