This thickening sauce for soup is made with sun dried tomatoes and roasted red peppers. A spoonful or two is an easy way to add texture and depth of flavour to soups. 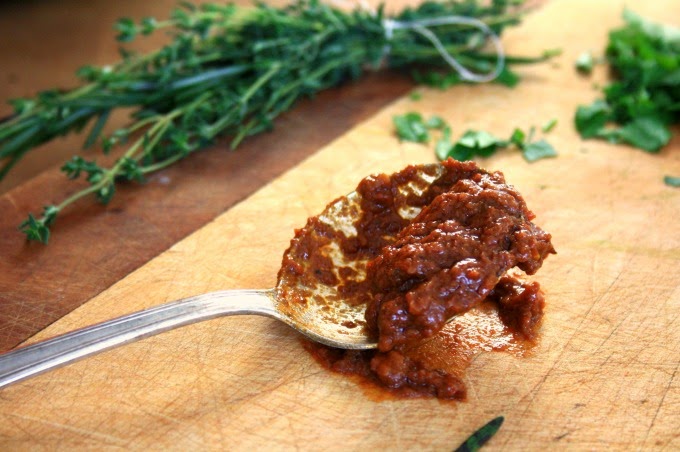 We are a soup family. Through the fall and winter hearty soups are on the menu at our house more than any other dish. Many of the soups I make are tomato based (making use of all the roasted tomato sauce I put up each fall) and all except for one are vegetarian.

Sometimes soup can use a little help. If it’s feeling too thin or the flavour seems a little watery or undefined it’s handy to have a trick to liven it up.

This soup thickener is based on a recipe I found at the back of the book Splendid Soups by James Peterson.  A couple of scoops of this flavourful sauce add texture and body to any broth (tomato or other).

Even better, the sauce gives a wonderful depth to the flavour of your soup or stew which is often helpful if you don’t have a flavourful stock for a base. 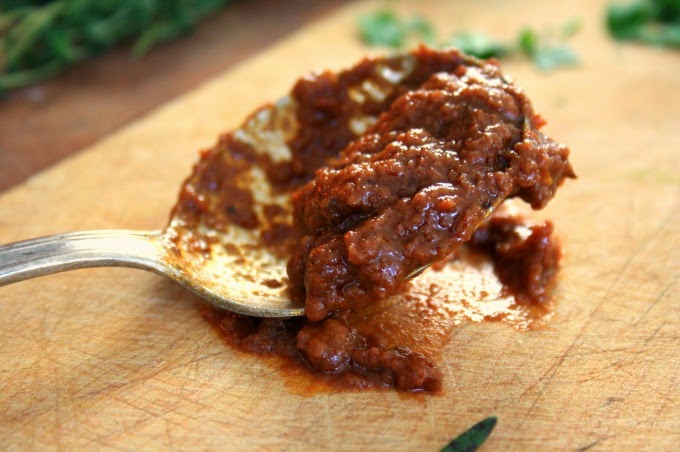 This thickening sauce made from sun dried tomatoes and roasted red peppers adds texture and depth of flavour to soups. I keep a batch in the fridge during soup season to liven up all sorts of my recipes. It makes its way into the occasional sauce too.

This thickening sauce made from sun dried tomatoes and roasted red peppers adds texture and depth of flavour to soups.