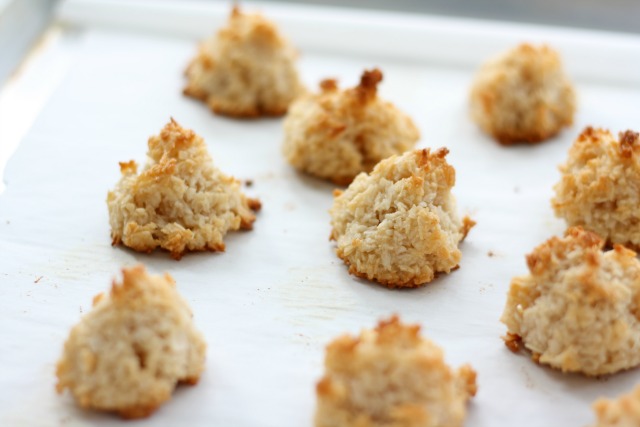 Easy Coconut Macaroons are a little crispy on the outside and chewy on the inside.

Coconut macaroons are very much a cookie for spring.

In April of the year I lived in France, mom and dad came to visit me. I lived in Eastern France, near the foothills of the Alps so some of our touring was in the mountains. One day we were invited by friends of mine to join them for a spring picnic at an auberge in the mountains.

The route there was complicated so mom, dad and I were following them in our rental car. The only problem was that my friend, Romek, fancied himself a bit of a race car driver so navigated the route like he was a Formula 1 driver. And dad managed to keep up.

Sitting in the back seat I was only half aware of the effort it took to keep Romek’s car in sight. Instead, my memories of the drive are of the wild daffodils that blanketed the roadside and other signs of spring on that chilly, overcast day. 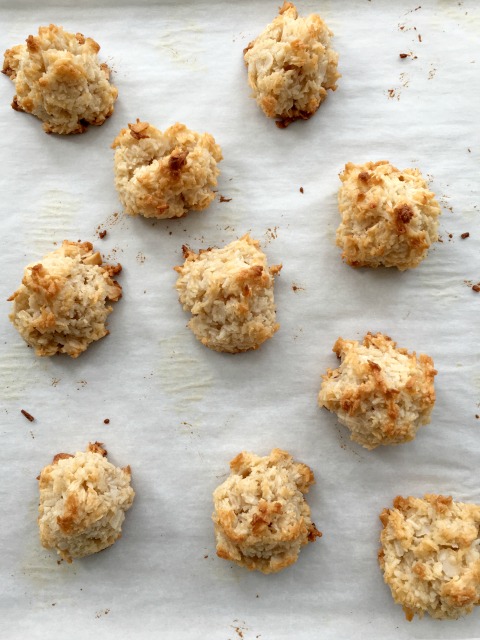 I’m not sure we’ll be seeing daffodils anytime soon but spring can thrive in your kitchen with light-feeling foods.

These cookies have a great texture, a little crispy on the outside and chewy on the inside. They’re easy to mix up and will keep for a week in a tin on the counter. They’re good dipped in melted chocolate too. 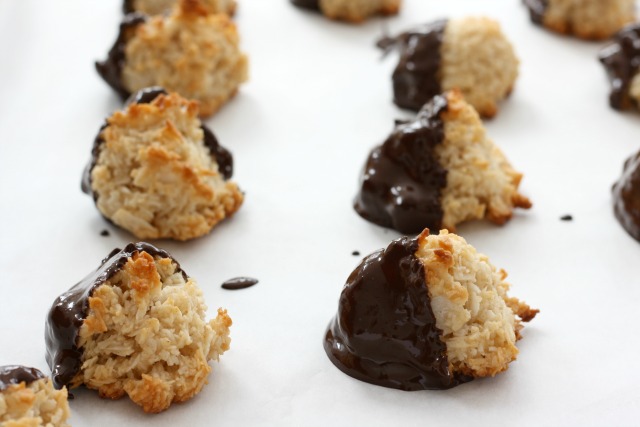 Chewy coconut macaroons are a gluten free treat.
If you make the recipe with gluten-free flour they will be a little harder to make them stick together but the recipe will still work (I have tested the gluten-free version).