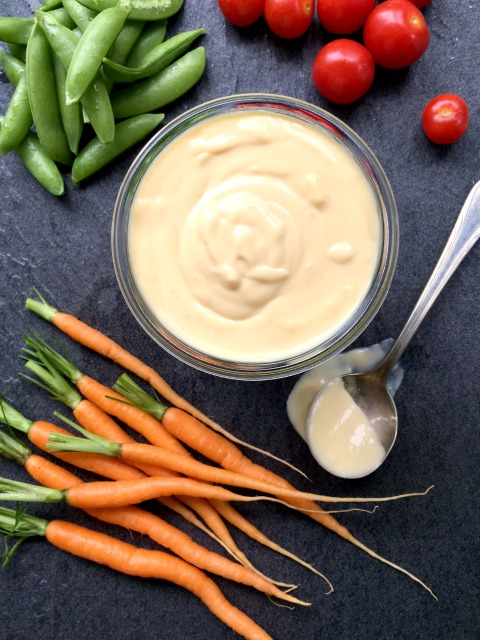 Creamy, thick and a little tangy, mom’s cooked mayonnaise is a summer treat.

When my twin brother and I were three my eldest brother Geoffrey walked us through the woods to a cousin’s house to choose a kitten. We came home with Charlie and he had the temperament of a barn cat. He liked to jump out from under things and grab your ankles, disliked being petted and brought dead birds into the house. I suspect his tough edge came, at least in part, from being raised in a house with seven kids between the age of three and thirteen. Still, as kids we thought he was a very cool cat.

In Charlie’s long life there was only one person who could safely pick him up. It was Barry, a musician friend of my brothers who stayed with us during the music festival one year. Barry smelled strongly of Shower to Shower talcum powder and as he wandered around the house that week, with Charlie in his arms, we wondered if the cat was partially anaesthetised by the scent. 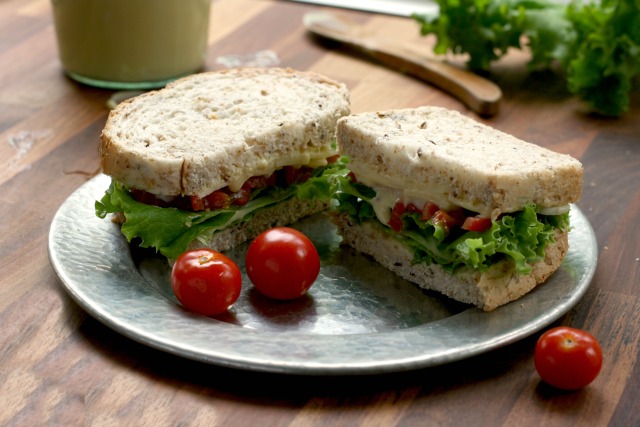 My aunt Nana despised cats and whenever she came for a visit Charlie would sleep in her suitcase. It went on for years and became a family joke. Nana got us all back one summer. She and my cousins were staying in our house while we were away and the night we arrived home there was a big tuft of fur pinned to the back door along with a note that read R.I.P. We all thought that was it for Charlie and we were more than a little miffed with Nana and her dark humour. But then Charlie came meowing around that corner and all was right in the world again.

A few summers later, when Charlie was fifteen, he stretched out under the day lilies and went to sleep. It was a very peaceful end to a long life. 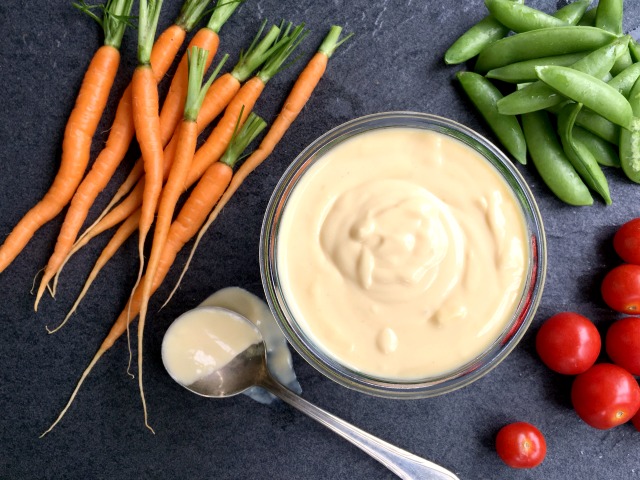 Trying to segue from a cat story to a recipe is not an easy task so I’ll jump right into another summer memory: eating field-ripened tomatoes and cucumbers out of the garden daubed with mom’s homemade cooked mayonnaise.

Creamy, thick and a little tangy, mom’s cooked mayonnaise is a summer treat. The recipe makes a good-sized batch and it lasts at least a couple of weeks in the fridge. Once you make this recipe you might never go back to store bought mayonnaise again. 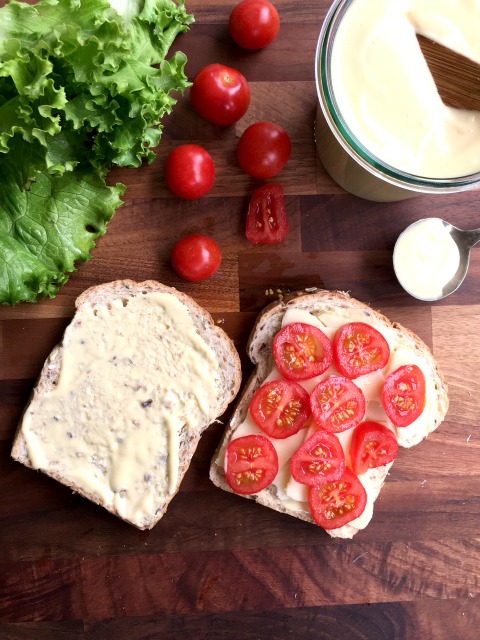 Be sure to use good quality cider vinegar like Boates, made from organic apples grown in the Annapolis Valley of Nova Scotia. Look for it in the natural foods section at the grocery stores and in local markets.